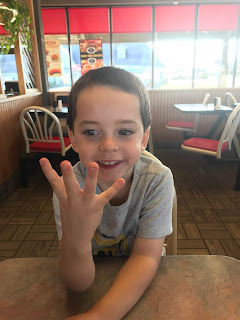 Yesterday we started off the day with JP's birthday party. We had a bounce house nd a few of his friends over and just let them play! At one point some of the kids wanted to come inside so I pulled out the trains and blocks and they had the best time cooling off inside and building castles and train tracks! We had pizza, goldfish and oranges for lunch and doughnuts to celebrate the birthday boy! It was lots of fun and JP loved having so many of his friends over to play. 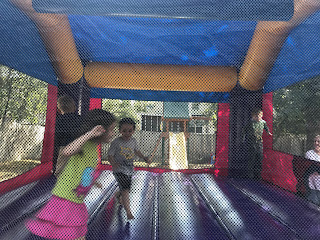 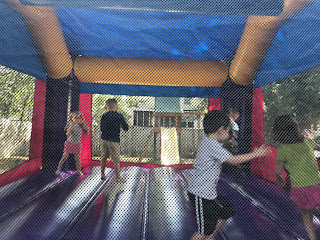 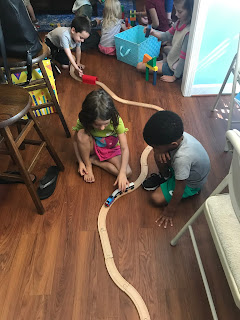 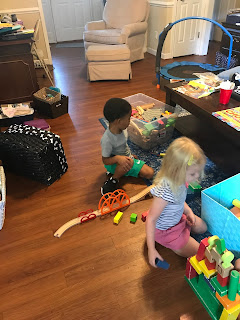 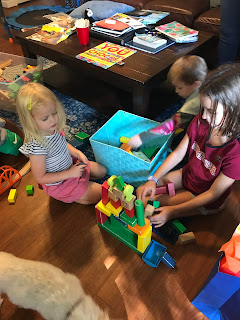 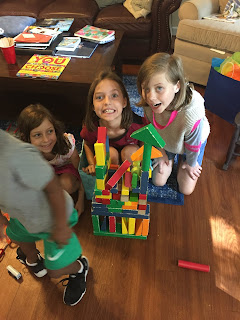 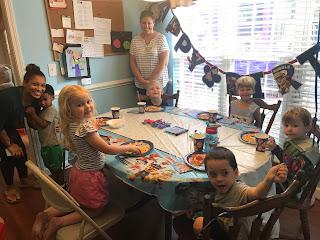 After everyone left he opened his presents and was thrilled with all his new toys! His friends all apparently know him quite well!
After the party everyone needed some down time so JP picked to watch Pete the Cat on TV. Pete is one of his current favorites.
Later in the afternoon the kids jumped in the bounce house some more and then he opened his presents from us and his sisters and the Novak family and his cards from family (we had done birthday with family earlier in the summer so they had already given him their presents). 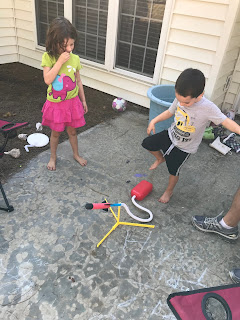 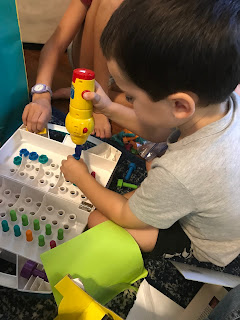 He was able to fend off his sisters long enough to play with his toys for a few minutes and then we headed to dinner. JP picked Rush's for dinner and he thoroughly enjoyed his hamburger. 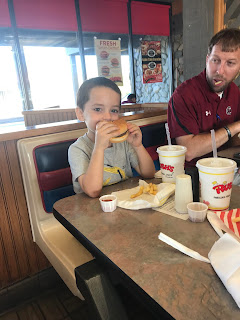 After Rush's we went to Marble Slab. 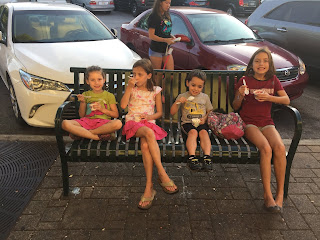 When we got home everyone got ready for bed and once the girls were in bed JP got some special mommy and daddy time. He wanted to play one of his new games and we had SO much fun. It was the Paw Patrol version of Don't Break the Ice and our 4 year old boy thought it was great to have a game where the goal is to smash things with a hammer! 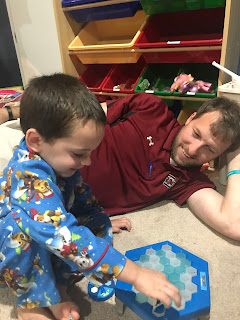 We loved our day celebrating the birthday boy!
Posted by Stacy at 9:40 PM